We are shooting at Universal studios in the backlot.   New York street!   It looks totally real, huh?

Here is pic from the set.   (I can’t show anything that gives away what we are shooting.)

But we are shooting a series of commercials for overseas, that SPOOFS of major historical events, that mean a lot to the US, but they make FUN of these events overseas.   Not that nice, I suppose, but it sells!   This scene we did was making fun of the assassination of JFK.

Here’s a little video I did on set for you: 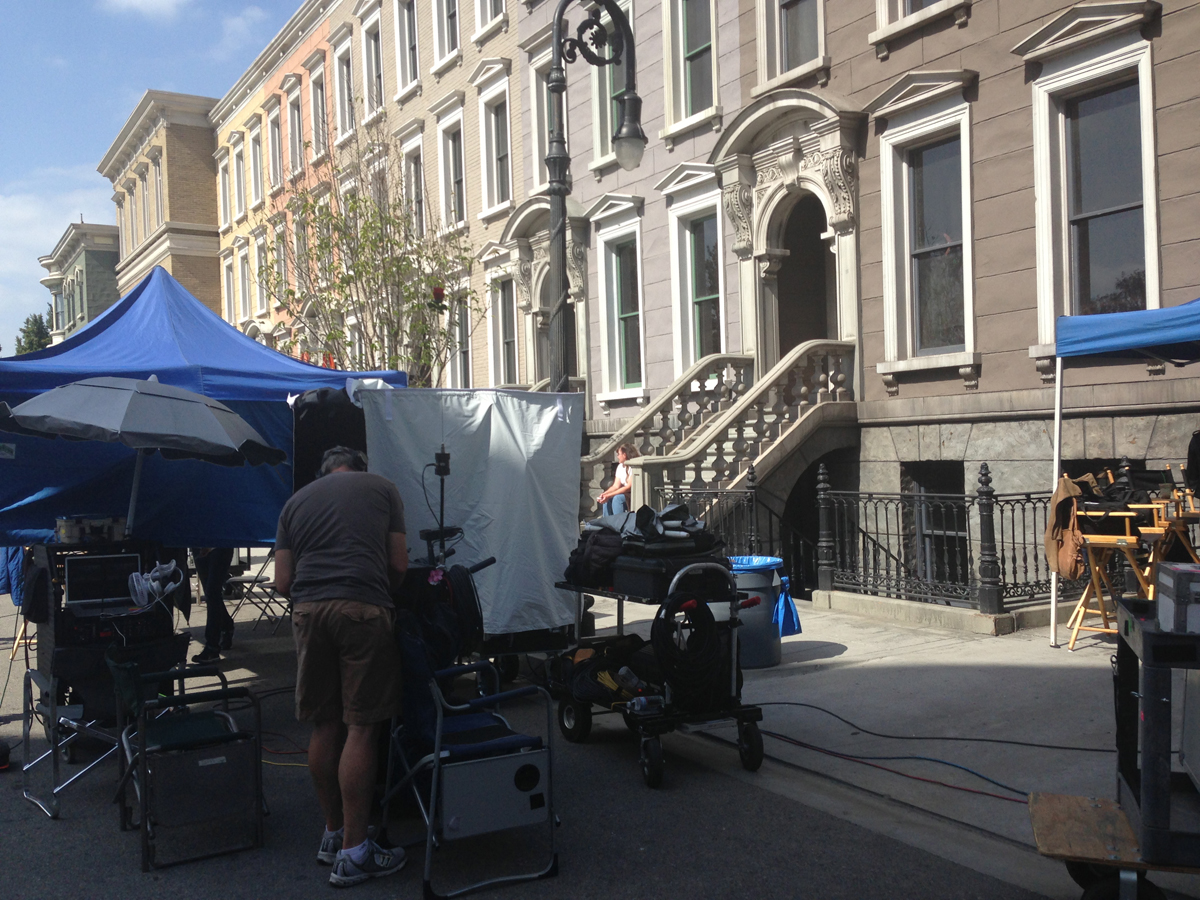 Anyways, I am working on a super inappropriate commercial.    Shocking!  Wrong!

People on the shoot are like, “This is just wrong.”   They are even a little upset by it.

hahaha, and these are people who have seen a lot, since we do work in fantasy land…

Oh well.   Tonight is a night shoot and we get to more inappropriate stuff all night!

Anyways, we make our living in make believe land.   so what do you expect… to always do stuff that you view as good or right?

Doing McDonald, Burger King, and Taco Bell commercials could be considered not contributing to society and I agree.    But the way I see it, is we’ve chosen to make a living making pictures and images that are not real, to make money.

We go to sunny Universal studios and do it in the back lot.   And have salmon and bread pudding for lunch.

Anyways, it boils down to what kind of life do you want?