Make Being the Best… Your Practice, your Standard, Your Identity 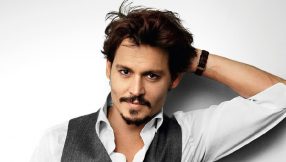 Last week, I worked with Johnny Depp at this stage in Hollywood. It was a screen test where 2 top female actresses were auditioning to star in a film with Johnny. The screen-test was to check the chemistry and decide which actress get the role. Usually, screen tests are small affairs. But someone, Johnny? Rob Marshall? wanted it done like a recreated scene from the movie. So, I got the call on Thursday for the shoot on Sunday. 12 noon to 6 pm.

We shot at a small stage in Hollywood. “Off the Shelf” catering was the caterer. They are off this planet! Truffle mashed potatoes, filet mignon served with a poached egg, warm chocolate chip cookies… stuff like that.

They shot the screen test, which is basically an audition, and played 30s music during the scene… to keep the actors (Johnny and 2 top female actresses) in the time frame of the movie. Can’t say more than that, cause we all sign a non-disclosure, but it’s for a very big film coming up and 2 very BIG actresses were there auditioning for the part. Here is a link to an article of who was competing for the role, only 2 actresses were chosen to audition.

I would say off camera that both actresses looked like somewhat ordinary people. But, get them on camera and WOW! Each brought a completely different feel to the character. What a hard choice to choose between them.

Johnny was “spot on” not only with his lines, but HOW he delivered the lines. He would quietly discuss with Rob how his delivery would change the mood and meaning of his character. Not only that, but he’d discuss how his delivery would affect the other character. For example, “Should this line be given before or after a particular motion? Should he be looking up or down or at his supporting actor or transfixed in thought? How would his motion affect the lighting and camera position for his supporting actor?”

The Director, Rob Marshall, was very charming! When talking to you he gives you all of his focus, and he remembers your name. He addresses everybody by their first name. This is quite rare for a Director that has so many things on their mind.

To sum it up we have actresses who are at the top of their game but still nervous about being “good enough”. We have a perfectionist but personable Director. We have an Executive Producer who makes you feel like he’s your best friend.

It’s not circumstance that brought these people here. They are at the top of their game because they have developed themselves into being extraordinary people.

Once you make that decision, you must think differently. You get different thoughts than before. You do things differently because someone who is the BEST would do it that way….

Can you think of some examples?

Here’s one, learning everything you can about the industry you want to get into. It’s sort of like “Well, if I’m gonna be the BEST in this business… I want to know everything I can about the business. I want to know who are the top people, who are the top companies, what are the film festivals, what top people go to those festivals, where else do those people go? I would read everything I can about those people, study where they studied, call people they’ve worked with, learn from people who are the best, go visit these people on set, do the same things they did…

Maybe you can’t go visit a celebrity, but using IMDB you can find out the people they work with and you can contact those people and learn from them.

Crazy idea? Nope. Not for the people who are committed to being the BEST.

Rob, Johnny, myself, Patrick, the DP, everyone there that day is focused on being the BEST at what they do.

You might say, “Well, that’s because they’ve made it.”

I would say, there are plenty of those actors and athletes who have gotten to some level of success, and don’t live by the concept of being the BEST.

Therefore, they will never be the best. They don’t speak that language.

The best won’t want them around!

In fact, they are always working together… Johnny, Rob, Patrick, the top people have been attracting other top people for a long time. “Like” people attract ‘like” people.

Here is what you can learn from Johnny or Rob Marshall or anyone who is at the top of their game in this business.

Think of yourself as creme of the crop… before you get there.

I have no doubt that Johnny did this, all his career. It’s not like he made it and THEN began being ultra prepared. It was a life long approach that he had and it contributed to his massive success. There are lots of pretty faces in Hollywood, but who is actually there… well, they leave clues as to why THEY are there and others aren’t.

Making it in this business is not like winning the lottery. It is a predictable path for those who want it and do it right. It’s a business that Johnny and Rob have chosen to become exceptional at. You will too.

Because by you practicing to be the best… you ARE becoming the BEST. Negative thoughts don’t have room in your mind. You feel more confident and happy because you are moving towards your goals. You can see it’s working!

If you want to get to where Johnny and Rob are, you practice being the best. Only then can you work with the best.

Think of practicing being the best as part of your identity. Whatever you are doing, try to catch yourself and ask yourself: “What would ‘the best’ do?” “How can I be the best at my job?”

It’s not about being better than other people, but how I approach everything I do.

Because of this mental state, I think I get hired above other people who are not thinking this way.

They are just “being” and I am focused on providing the best service I can, with every word out of my mouth, every action I take, how I think, everything!

That’s what gets you in demand.

So, what are you going to do this week, where you can approach something, and be the best at it?