An Honest Look at an A-list Before & After 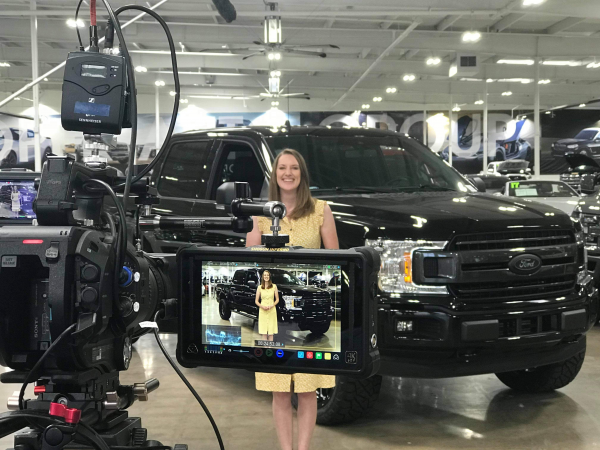 Melissa is a mentor in our A-list Work Study Program. I wanted to get the full story of why she joined the program, what her first shoots were like, and where she is now!

I got my first paid shoot in April 2019. I had been scrolling through Craigslist looking for any indication of shoots happening and I found one that was looking for a camera person. It was happening in Tulsa, Oklahoma, which is about a 3 hour drive from where I live. I was hesitant to send a want to work email because I couldn’t really afford to put myself up in a hotel at the time, so I didn’t.

The next few days I kept pulling up Craigslist to see if anything new popped up. I kept seeing that post and just felt drawn to it. So, I sent the want to work email to see if they could use a PA. He messaged back pretty quickly and asked if we could talk on the phone. He told me about the project, asked about my experience, then told me he had just lost a PA and was considering someone else when he received my email.

He said something about liking my get-it factor qualities (not his words, I can’t remember exactly what he said, but that was his implication) and wanted to use me instead. Then he asked if I needed a hotel room. He had an extra one that had been paid for that he could put me in!

It was really low budget, he could only pay me $50/day for 3 days, but I wasn’t expecting pay or a hotel room so I was pretty excited about it!

I had decided around my 31st birthday (in 2016) that I finally wanted to start seriously pursuing an acting/screenwriting career. I went back to school to study creative writing and performed in local community theatre productions when I could. Right before I found this program, I was submitting for extra roles in films (but was rarely getting selected) and sending scripts I had written to competitions that, if I won, would put those scripts in the hands of people that could bring them to life.

The day they announced the winners for the last competition I entered, I just felt so stuck and frustrated and defeated. I live in a small city in Oklahoma, and I couldn’t figure out how anyone could make it to where I wanted to be from where I was.

Then I saw an ad for FIF on Facebook, which promised exactly what I was looking for: how to become an actor/screenwriter from anywhere. I signed up for the free class and wanted in the rest of the program immediately. My only hesitation was the price. I had shelled out tons of money for other online programs that turned out to not be worth it. This one felt different. I remember driving home from work a couple days after I did the free masterclass, and I just told myself, “I have to do this.”

I had put off my acting dreams for at least a decade at that point. I had to take some big, bold chances or I was going to feel stuck forever, and I am thankful every day that I did.

I did not go to film school. I studied music and creative writing. However, one of the first films I volunteered for was shot by a film teacher at the college near where I live. We got to talking about FIF and how I was going to start looking for film gigs here and he told me how hard it is to break in because the film community in my area is insular.

It just was clear how they couldn’t teach their students how to get on sets because they didn’t know how to themselves, because I was able to get on set using A-list methods without much trouble.

My screenwriting is kind of on the back burner at the moment. I would still like to (I have a short film I’ve been trying to get done, I’m just so busy!), but for now I’m focusing on getting wardrobe gigs and taking more acting classes when I can.

I have met quite a few writers and writer/directors. A lot of people have more than one thing they want to do in film, it seems. The writers I met were working as transpo, office PAs, sound, actors, ADs, camera. It almost seems like everyone has a script they’ve written somewhere along the way.

My biggest lesson from Minari is just say “yes” to opportunities, even if you’ve never done the job before. I was offered a job on it as a basecamp PA. It was to be only my 6th day on set. I had never even heard of a basecamp PA, but I just immediately said yes. While I was on the film, the office PA asked if I could take her place during the week of post-production wrap because she was going to another film. I told her I didn’t have experience with that, but would love to if that was okay.

So I got two different job opportunities for one film, and made more connections that last week as office PA that led to a lot more work.

I saw the differences between a small set and a bigger budget set. It was weird going from helping every department on set to having to stay in my lane and only do my job at basecamp.

In the office I got just a small taste of that job since we were only doing wrap stuff. I had to make a lot of returns, order lunch for the rest of the office, box and ship things, scan paperwork, stuff like that. It’s so different from being on set. In the office, you have a list of tasks you have to do and are kind of on your own to manage your time and figure out when to get them done. On set you have to keep up with the shoot in real time.

I got this opportunity from a film I worked on called “Lady Usher” (which I got using the get on shoots method). I was a set PA on it, and since there were only 2 PAs, I got to work with every department.

I took over for wardrobe one night, got to slate and be a scripty, helped art department dress the sets, helped sound, I was just everywhere.

The first AD on that (his name is Jeff), on the second day of filming, told me and the other PA that he wished he could hire us for real films. I told him I would work for him anytime, lol. In the middle of that shoot he got a call for an interview for a first AD position on Minari.

After he hung up he goes, “Melissa, I’m taking you to Tulsa with me.”

“Great!” I said. He asked me if I had ever heard of a basecamp PA, I said no, and he gave me an overview of the job. He said he wanted me to be his basecamp PA if he got the job. I told him I would absolutely be down for that. When he got hired, he brought me on as well️

The personal growth I’ve experienced. My life is so much better now.

Before FIF I was just so depressed and felt I would never get the opportunity to act or write or do anything more than work in music retail the rest of my life. I was also incredibly nervous about so many things, and that really held me back. I’m more brave than I ever was before and finally have a hope for my future. It’s an amazing feeling.

I live in Lawton and rent a room in Oklahoma City when I work there (that’s where most of the filming happens in Oklahoma). I have considered moving to OKC, but honestly like how things are right now.

It doesn’t matter where you are now. You can forge a career for yourself in the film industry if you want this life.

Keep in mind what Melissa said about personal growth. We all get nervous sometimes, we can all get down on ourselves especially when we feel our dreams have gone beyond our reach.

It takes only a little bravery to make a small change in your life that drives a massive shift in your opportunities!