How to nail an audition stress-free!

This is a post by Arthur Harold, who happened to find our site and wanted to contribute to it.   I am so grateful to Arthur, after all, I see our community as SO IMPORTANT, so FULL OF LIFE and SOUL and I’m so happy that Arthur feels the same way and wants to help us become the MOST we can be!  Thank you Arthur!   xo   Janet 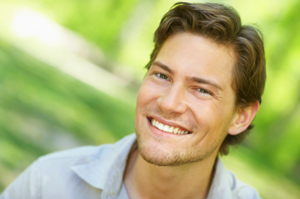 If you are like most actors, then among the things you dread the most is The Audition.  It’s The Moment of Truth … Judgement Day … and you will be Weighed in the Balance and, perhaps, Condemned.  I understand, really I do.  But, it doesn’t have to be that way.

I used to be quite intimidated by auditions and, like most of you I suspect, it was difficult to avoid feeling unsure of myself.  These days, though, I’m fortunate to be able to face auditions without most of that concern and instead they have become something I look forward to.  The difference is that I’ve shifted my attitude about what to expect and what I have to gain (or lose) from them.

Instead of looking at the audition as a trial or an experience where I will just be accepted or rejected I now view the audition as an opportunity to have fun demonstrating what I can do, learn something in the process and add to my acting and auditioning skills.

And that shift began when I realized that the worst thing that could happen is that I wouldn’t get the part … and since I already didn’t have the part, I had nothing really to lose and everything to gain.

Now I view the audition as: a chance to get a great part, an opportunity to “show my stuff” live,  an occasion to get some real-time professional feedback, meeting some new people to network with, a way to challenge myself and grow and just plain FUN!  No matter what happens, I always come out of an audition better off than when i went in.

1.  I keep my headshot and resume up-to-date.  I’ve found out that casting professionals really, really, really do not like it when you don’t look like your headshot.  So I also do not have it touched up to make me more pretty.  I leave it strictly as “What You See Is What You Get”.  And the more full and current your resume the more interesting you will be.  This way I don’t start out the audition by irritating the casting professional because I don’t look like my headshot.

2.  I don’t audition for parts that are not right for me.  Yes, I do stretch it a bit and try for parts where I’m not really a perfect match to the stated criteria, but not if it’s way off.  Especially the physical aspects — I can’t really be any taller than I am, for example.  Well, maybe a little.

3.  I don’t audition for parts that don’t “feel like me”.  This is hard to explain.  It’s not that the part is challenging or bigger than I’ve done before or something that I don’t have much experience with.  It’s entirely to do with that “little voice” in your gut.  If you listen, you will know what I mean.  If the part doesn’t feel right, you’re not going to be happy doing it, you’re not going to do your best and you’ll end up with a less than satisfying experience.  Who needs that?  Aren’t you in Acting because you feel great when you do it?  So don’t get yourself into something that you know from the beginning “doesn’t feel right”.

5.  If I get invited to audition (or if it’s an open audition) I try to research the opportunity before I go.  I Google the people and companies named in the posting to see what I can find out about them.  I Google whatever I can about the film, show or play, the character (if it’s a known one, like Hamlet) and I look at the venue and calendar info to see if that’s going to work for me.  I live and work near Manhattan, so I don’t put in for auditions that are too far for me to get to.  And if I find that there are a lot of negative comments about the people or company I don’t waste my time and energy.

6.  I prepare.  If the audition has sides or calls for a monologue then I put in as much time as I can to memorize or at least be thoroughly familiar with the part and the material.  It’s really impressive if you are in complete command of the material … and it helps you to relax and “just do it” because you aren’t stressed about not being prepared.  Even if they say it’s not necessary to do it, if there are sides then get them and prepare — at the very least it will help differentiate you from the other candidates.

7.  I’m on time, or early if possible.  If you arrive late, even if they still take you in you are giving the impression that you are not really serious and you start out with a black mark against you.  Bad form, not smart and in the end, probably a waste of everybody’s time.

8.  Showtime!  When I’m up (and I’ve already been getting myself psyched up for it) then I go in as if I’m meeting with friends.  I’m glad to see them and I’m really looking forward to showing them what I can do.  I smile and say hello in the most genuinely upbeat way I can.  If they want to ask questions or “chat” then I’m forthright and honest.  I never fake it – they’ll find out anyway when you end up not being able to do what you said you could do and knew damn well that you could not.  On the other hand, if I think I can, then I say so just that way – if it turns out I can’t then I didn’t mislead them.  They’ll remember.  It’s a small community.

When I get the cue to perform — I “just do it”.  I’ve prepared, I know my stuff and I’ve psyched myself up to be ready … I forget everything else and just put it all out there.  If I’m are asked to do it again with modifications, I try to make sure I understand what’s being asked for and then I just give it my best shot.  If I give it my genuine all then I have truly done the best I can do at that moment in time.  When they signal that I’m are done (the dreaded “Thank You”), I leave promptly but on an upbeat note and say something like “I’ll be looking forward to hearing from you”.  That lets them know that I’m eager and interested.  And after all, it was just a meeting with friends who are interested in me and what we can do together.

9.  If there’s a way to do it, I always send a thank you for the opportunity to audition after the fact.  It’s another expression of interest, serves to set me a little apart from the other auditioners and could just be the little edge that keeps me in their minds long enough to decide that I am the perfect choice for the part.

OK … so you do all that and you are absolutely, positively, definitely for sure going to get the part, right?  Wrong!  Even if you did everything above, even if you did a killer audition, match their criteria, etc. … you could easily still not get the part for many, many reasons.  And a lot of those reasons may have little to do with you or what you did or didn’t do.  For example:

You could be, in THEIR eyes, physically wrong for the part in a way that can’t be fixed or that they don’t want to deal with.

You could be the 137th person they have seen and they are tired and jaded and they just couldn’t appreciate your efforts.

Maybe you didn’t match or mesh with another actor that they want for another part that interacts significantly with yours.

The part is so generic that a lot of people can do it well and almost nobody can stand out from the others.
It’s a group decision and you lost by one vote.

The net-net of all that is that you might not get the part for a lot of reasons that have nothing to do with your skills and experience.

I always do a little “post mortem” on my auditions.  Did I have fun?  If not, what could I have done differently to make if fun?

Did I present myself in the best way I could?  If not, what could I have done to make it better?  What did I learn?  For example, I recently learned that for me it’s best if I don’t put myself on the sign-in sheet first – I do better if I’m not the first one in.

What did I add to my experience and how can I use that to be better?

Once I’ve gone over it, not in a negative or disparaging way but in an enquiring and exploratory way, then I move on.  I did what I could and it’s going to be what it’s going to be.  No amount of agony, anxiety, self-criticism or self-doubt is going to make any difference, so I don’t let myself indulge in that – I move right on to whatever is the next audition I can get.

A few times I’ve been called to audition for parts because somebody I auditioned for made a recommendation to somebody else to consider me for their project.  You never know what your audition will bring, now or later.

Auditioning is not the enemy or the demon.  It just might be one of the best parts of your acting career.  Embrace it.