Where could you be in a year?

FIF mentor Kelsey started out going to film school and working at the Apple store. Going to film school didn’t help her get any jobs in the industry. Since doing the program, she’s been kicking butt in Denver and is about to move to Los Angeles. Read about her successes below! : – ) 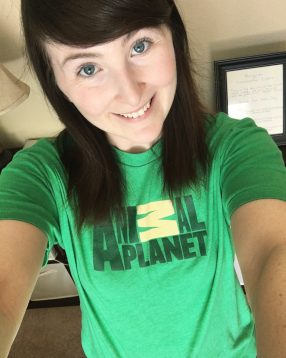 It’s been a while since my last post — I’ve been busy wrapping out on a show and moving out of my apartment of three years. I’m definitely heading towards some exciting things in the near future!

I was so blessed to work on an Animal Planet show for the last two months in Denver. They hired several PAs for the run of the show, but I was the only one they kept on full time — and they told me they knew they wanted me the whole time right from the very beginning! The Production Coordinator left after the first several weeks working on the show, and I ended up adopting a lot of his responsibilities. It was such a wonderful experience to see the crew really trust me as the show went on — I think they could see how hungry I was for more responsibility!

I also made the decision to move to LA in August, so I’m preparing for that move as we speak! About half of the crew from this show was from LA, and they all knew I was getting ready to make that move. Everyone told me to keep in touch and let them know when I get out there. The Showrunner works on both reality and scripted comedy, and he told me to reach out to them when I’m settled in LA. The Line Producer and I also got along really well and she really wants to help me in the LA market. One of my big goals is to get in the writer’s room as a writer’s PA or writer’s assistant. She’s debating reaching out to her two of her ex-boyfriends who used to be writer’s PAs to see if she can help me get in that way haha.

I’m loving this wonderful business we have the blessing to work in, and I hope you all are having fun adventures on set!