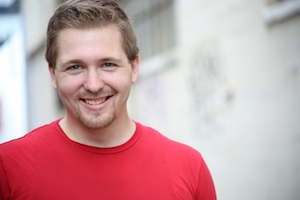 Janet here.   This post is from our mentorship class, and it’s so good, I wanted to post it here for you.

Jenny writes:  “I fear that I will not be hired as an actor, due to a fear of not being attractive enough for what the industry seems to want.”

I was just at a FOX event called Ladies’ Night Out where it was a panel of Fox powerful female actors/producers/directors/creators and they focused on a bunch of these topics.

The one thing that stuck out to me the most was that Hollywood executives don’t just hang out in their office thinking about the “type” of person they want.

They leave that to the casting director (& chime in at the end) but they don’t have the kind of time.

They actually don’t even have time to think about the kind of show/movie they want to tackle next.

These ladies said (verbatim) “Executives don’t know what they want. That’s why people like us have to bring it to them and show them why this is the perfect show/movie to bring out there or this person should star in this because of x,y, & z.”

I’ve personally sat inside of a casting office where a standard “attractive female” came in and knocked her audition out of the park but when she broke character and her attitude came out, it showed the executives and casting director that her attitude or character wouldn’t mesh with anyone else on set/other actors.

It was such an ugly attitude that she became the ugliest person in the room.

Next in the room was a “girl next door type” who knocked her audition out of the park and had an amazing attitude.   While most wouldn’t see her as an A-lister “Sexiest Woman ALIVE” kind of woman…. she was beautiful and attractive because of who she was and she was given the role.

I’m not saying that you aren’t beautiful because you definitely are.   My point is that what you learn through this training and beyond is going to determine your success in the industry.

Continue to strive to grow and transform into the person that people always want to be around – that’s how you’ll get hired.

You can go out for the same role but you will perceive the character a different way than anyone else can.

That’s why you are AMAZING and BRILLIANT!   Although you are judged on a daily basis (even minute by minute) in this industry – the only way you are going to make it is if you feel comfortable in your own skin.

9 out of 10 actors “hate” themselves and it shows.   That’s why they are given trailers and not allowed on set.

But imagine being the one (like Jennifer Aniston) who remembers everyone’s name and everyone wants her on set because she’s simply amazing & sweet & uplifting.   She’s one of the most successful actors out there and everyone wants her to work in their films.   She stands out and that’s why she’s the go to female lead that is one of the highest paid actors in the industry.

Most women don’t make it in this industry because of their attitude towards themselves.   Just something to think about! :)

Like this article?   Friends in Film is your online film school which shows people the INSIDE PATH to working in the film industry.

Do you know about our FREE 10 Day Career on Fire training?   It’s held entirely online, you can do it from anywhere, and it’s ME personally helping you get further than you ever have in the film industry for 10 days!

Read all about it here and sign up for it now!