How do you tell a fake manager?

Controlling All Sides of Your Art 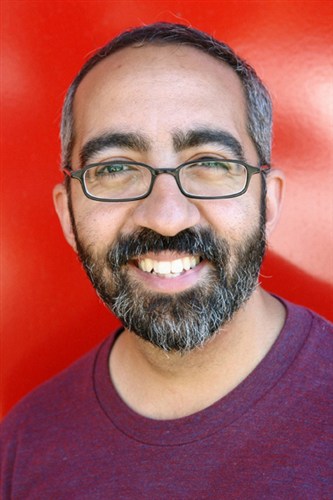 So as some actors do, I was surfing through Craigslist for work.

I know I know!! But in the past I have managed to find some pretty good stuff on there.

I ran into this ad where the guy was looking for talent to work with that has had some success in films.   He was very clear about wanting to work with professionals only. I thought it was interesting. I’ve had a film at Cannes and have been nominated best actor for another so I thought I qualified. I replied to NAME REMOVED Business Management.

I Googled the company name and didn’t find anything out of the ordinary. Just a web page and Facebook page and a NYC address for his office. He contacted me right away and said he would like to meet with me. I thought cool, so we made an arrangement to meet in the city. He wanted to meet at fancy hotel lobby in the city and get a drink. For some reason I didn’t think this was strange. I’ve done it before and it’s not a bad environment for a meeting. Looking back, I should have requested a meeting in his office. Mistake number one!

I arrive to the meeting early as usual. This guy shows up right on time well dressed, leather bag and with a smile. Good first impression.

We sat down and got a few drinks. Right off the bat I was impressed by how much he knew of my career. He saw most of my work and web blogs and made insightful comments. This quickly led me to believe he was legit.

He tells me he’s an attorney which kinda bothered me but I didn’t know why. I thought maybe it was all the lawyer jokes and decided to just let it go. We talked and he complimented the hell out of my work.  I was on a pedestal and thought this guy might be able to help me get to the next level. Then a 6 page contract came out and I signed it. Mistake number Two!

I shouldn’t have signed it but leaving I felt good. I thought to myself, this guy spent a lot of time seeing my work. Why would he do that if he’s didn’t want to help me?   He didn’t charge me anything. He made a few suggestions that were not bad. So we began discussing directions to take, new head-shots, reel etc…

And then the weird stuff started.

He wanted to submit me for work. I thought that was fine. I submitted his info to Actors Access, Casting Networks which is normal procedure. Both companies never heard of his company. I mentioned this to him and he just said I’m not registered with them.

I said “OK, but how will you submit me?”

He said just give me your passwords and I’ll do it that way.

I would say mistake number three but I had so many I’ll just stop counting now.

This went along for a few weeks and he started making weird comments via emails about my career.  Cold attitude when I would suggest something.  At one point he said co whatever you want. It’s your career.

I remember feeling confused and thinking, am I missing something. Is this what a manager does?

I finally decided to get control back of my career. I logged into my Actors Access account and Casting Network to find out he really wasn’t submitting me for anything good. I once told him I would like to submit myself as well if that’s okay. His response was don’t submit too much cause casting people don’t like that.

One morning I got up and logged into my accounts. I noticed an email that was missed from the day before. In this industry, if you don’t move on a job you lose the job. That’s it. So I quickly emailed Neil and asked him about this email. He said I don’t know what you’re talking about. That was the straw for me. I logged into all my accounts and changed my passwords. I sent him what I thought was a nice email explaining that I felt better when I was submitting myself so I’ll be doing that from now on. His reply is below.

I am in the Hamptons this weekend at an industry gala, but will not submit you here for anything as you wish. Please be sure to keep me apprised of any work you do as I have invested an enormous amount of time and given you an over-abundance of communication and advice daily, appreciated or not, and expect to be compensated at some point per our contract. Again, please be sure to apprize me of any work for which my commission is due. Hopefully you will get work from all the advice I have provided. I am sure that you will.   I am starting a film development division in the near future, but I am glad you prefer to get work on your own. I will not involve you as you have requested to get your own work. After the weekend, I will send you the invoice for the submissions and expenses I’ve incurred to date for you from AA. Thank you. Talk soon.

This communication sparked a fire in me! He had not been helping me with anything that I can see. I handled my new head-shot, my reel and all the sites.  I was disappointed in myself because I’m not a young man and I have been in the music business for over 16 years before beginning an acting career.  So now I’m thinking this guy will make money every time I work. No, this will not happen!!

I contacted my old manager who after ripping me a new for signing that agreement gave me some valuable information.

He never told me he was an attorney that would be on retainer for my film career.  He also never helped during those times and was not submitting me.  The onslaught of filings against him and his company was so great that he just disappeared.

Since then I’ve shot a few commercials and music videos and he hasn’t contacted me about anything.  I don’t expect him to. I’m more concerned for those that will not take the proper action against these guys. That’s why I’m writing this today sitting in a cold library.

The lesson here for me is don’t sign anything until you have someone you trust look at it.

I also learned that you don’t need to turn over your career to anyone regardless of the representation you’re getting. It will always be your career so stay sharp always.

I love the industry and if I can help anyone avoid the pitfalls I will. If anything good came out of this, it’s that my passion and love for the business is stronger and I’m not willing to have that feeling taken from me. I also want to help artists find a cleaner road to travel.

I feel I made it a little cleaner by taking action and that makes me feel good.