Figuring out your brand

Figuring out your brand – by Andrew Carlson 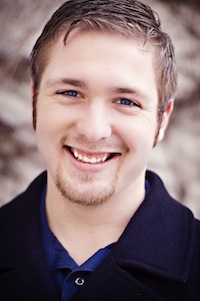 Want To Make It In This Industry? Here’s YOUR Secret Formula To It!

It’s time to cut through all of the BS that you see on the internet and I’m just going to be straight forward with you. There are articles upon articles that will tell you that if you’re a nice person and have the right connections, you’ll make it in this industry.

In a perfect world, that would be amazing! All you’d have to do is be someone you think they would want to be around, have that right look, become “discovered” at some restaurant you serve at, and become rich & famous. Boom. It’s that easy right?

Let’s get one thing straight. Hollywood doesn’t know what it wants – you have to get in there and show it what it wants.

Now I know what you’re thinking; there are so many screenwriters how can Hollywood NOT know what it wants? Short answer: because they don’t.

Now this is where you come in. If they don’t know what they want, it’s YOUR time to shine. Be who you are, authentically, all of the time and show them you are who they want.

How does a company get started? They come up with their brand. What’s a brand? A brand is who they are, what they are, and why they are that way. You don’t walk into a diner expecting 5 star quality food and you definitely don’t walk into a restaurant expecting to buy clothes. Their brand is who they are. It’s what makes that entity unique from everyone else. It’s what makes YOU different from everyone else.

This is why who you are is important! Stop trying to be someone else because that person is already them. Hollywood doesn’t want another Angelina Jolie because she’s already in the business. They don’t want another Morgan Freeman! He’s already making more movies than his fellow colleagues that are 20 years younger than he is.

Now that we have that established, how can you be in the right place at the right time if you’re stuck inside a restaurant serving people food? Most producer’s, director’s, and other decision makers usually have their assistants get them food because they are too busy so your chance of getting discovered is slim to none. You have a better chance of getting hit by a falling airplane.

Let’s take Lena Dunham for example. Did you realize that she has been consistently writing and making films before she wrote/starred in girls? Her film Tiny Furniture won awards at a festival where Judd Apatow was attending. Her film CAUGHT his attention and contacted her to create a show for HBO. Do you realize how much work she had to put in to get there?

The funny thing is, that’s when MORE work started – the work is never done. She proved that she could be a contender but she had to deliver with her tv show. Luckily, her show was an instant hit.

She has absolutely no shame though because she’s incredibly secure in who she is. She loves her body, she wants everyone to know, and she doesn’t care what anyone has to say.

She’s a PERFECT example of owning your “brand”, which will catapult you into success.

So let’s break down this formula if you’re more of a “give it to me straight” kind of person.

1. Figure Out Your Brand!

Your brand is who you are. Stop saying that you aren’t enough because society tries to tell you that through every medium. They still try to tell Lena that she’s not enough and she continues to prove them wrong.

Not everyone knows who they are. I didn’t know who I was until I turned 21 and started working full time in the film industry. After traumatic experiences happened, I had to figure out who I was all over again. It’s a constant practice getting to know who you are and that means spending time on YOU. What’s the meaning to your life? Why do you want to do this? Is there anything else you’d rather be doing? Are you doing this for the right reasons? Who are you today?

There’s absolutely nothing wrong with you. If you swear more than usual, who cares. If you have crooked teeth, own it. Don’t take any crap from anyone and be who YOU are. Be funny, be charming, be silly, be whoever it is that you are on a daily basis.

If you’re shy, get used to talking to people. No one is going to know who you are or what you have to offer if they don’t know who you are! Get out there and make small talk! Genuinely get to know who they are as PEOPLE – not where you think they can take you. They’ll be able to tell and that’s not a fun place to be in for either party.

Haven’t you seen someone wearing a cute outfit or nice shoes and wondered where they bought them? Instead of always wondering, go up there and ask them! You NEVER know where “small talk” will lead to!

Yes, I’m talking to all of you. What’s the scariest thing that you can do? Take consistent action every single day towards your dreams. It’s an unknown world to you right now, inside the industry. You need to find a way in.

You’ll never get rid of your fear if you take time to think about what you’re doing. Get out there and take no prisoners!

5. Do It All Over Again Every Single Day!

Just because you did it all yesterday doesn’t mean that you’ll get discovered or people will know who you are. It’s all about building relationships with people.

You have to continuously get your brand (YOU) out there and letting everyone know who you are. Now I’m not saying meeting someone for the first time and introducing yourself as “Phillip the actor” or “Chloe the actress”. Authenticity means being genuine and that means building relationships.

You will experience rejection in this industry. But everyone that strive for a better life or their dream life have experienced failure on the way to their success stories. Successful people will always experience failure on their path for striving for more.

Once you reach your goals, you have to set new ones and they all come with their own sets of obstacles!

There’s a definite way to do this right with a purpose but this is the blueprint to being successful in the industry.