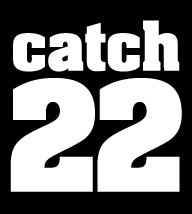 Hello everybody!   What follows is an email I got from someone, let's call her Kim.

"I know my skills in administrative assisting, (production office) is excellent, but the real dilemma I have as you said is how to do it without saying you're an actor and being able to go on auditions during the week since I go frequently.

But then again, you are saying that BECAUSE they know you're an actor, that's what can get you ahead as an actor. ?? So maybe working in the production office or a production company is not the way to go if you can't tell them you're an actor at first right?"

You don't tell people you're also an actor because they're like, "Well, I can't help you, our Casting Directors bring in our people."

People don't have a lot of creativity.  They are too busy, right?

See, once people become "endeared" to you… meaning they know you and like you and care about you… they will know that you're ALSO an actor and want to help you.    It's just the way it works!

It's always a juggle, between auditions and working behind the scenes… but no doubt about it, you get further by being inside it all, instead of the same tired ways that actors continue to go about it.

I'd like to make another point, and that's about MINDSET that brings all the opportunities in this business.

First, it's a common way of thinking that we make decisions on what's in it for us.

Before we do anything we think, what am I going to get out of it?

But this way of thinking does not bring real success.    You'll have some success, but not sustainable, career long, in demand success.

The mindset has to shift from doing something to get something to a desire to learn, to contribute.   And knowing that if you take that approach with your career, you'll have more opportunities than you know what to do with.

I for example, have so much work, I cannot do it all.

But this is not the case for the majority of people.   Most people think there's not that much work.   That's their reality and that's the truth for them.

Most people only want to do a job if they get certain benefits.     (If I work with so and so, how do I know he'll hire me on the next show?)

Well, you don't.  There are never guarantees and by coming from that place, you won't!    You won't attract opportunities by looking at what's in it for you.
It's not being driven by passion for you are wanting to learn.

It's more what do I get out of being here.

Many times, in fact I can say, almost ALL THE TIME, you cannot see what doing certain things will bring.    You have no frickin idea!    It's amazing how things fall into your lap!!!

When you're in these professional environments, you are with the right people and there will be opportunities.

Our people get opportunities to act all the time and they get footage for their reel.    Once people become endeared to them, they want to help them out.   It's common sense and it works that way.    These acting opportunities may be national, they may be in a feature film, or may be a short.    We are not using our approach to get something… that is the winning mindset and the point I want to make to you.

However, you'll see people who work inside the business, get acting roles a lot.   An AC I work with is also an actor.   She's got an agent and has relationships that let her take off, even on shoot days, to go to an audition.    These are relationships that are years long.    Solid relationships with people who want to see her succeed and they love her, so they work it out.

She got an audition on a big national spot when a major Director found out she was also an actor.   Now, he didn't give her the role BECAUSE he was already endeared to her.    No, he just got her in the room.

Here's what does not work.    You cannot look at this linearly.    Meaning if I work in a production office, I will get acting opportunities.

You work there to learn, to be inspired, to be around inspiring, cool people that you can collaborate with.    You work there because this is what you were meant to do, and you want to know everything about it.

That is the attitude that works for this approach.    Can you see how that's a different way of thinking?
That person wants to meet producers, directors of photography, writers and wants to learn the process inside out.

They want to understand how shoot is put together so that they can put their own shoots together.    That type of person wants to be so ingrained in the industry they are living it every day.

To sum it up you need to be driven by growth and not "what's in it for me".   The desire to learn..  that the desire to grow makes you right for this method of becoming successful in the film industry.

Otherwise you should continue doing things the way that you already are.

There is no difference between you and somebody that shoots straight to the top.   Other than the way that you think and what you put out there in the world.

I always say that the movers and shakers think outside the box.

A fulfilling life is loving what you're doing all the time.

If what you love is acting then you should be acting all the time in a play,  in theater,  there are many places that you can act and not get paid for it, but still feel that sense of fulfillment.
If what you love is having that film industry lifestyle then you can make that happen too.

There will always be auditions, on and on and on.   Know that it will be a juggle, but hey, it always is a juggle no matter what you're doing.

How do you want to spend your time?

What do you want to learn?

What kind of person do you want to develop into?

Don't focus on whether it's a Catch 22, and if you'll miss some audition opportunities.    Instead, think of what you want to learn.

You are a little butterfly that attracts opportunities…

And don't worry.    Cause you know you're good at your craft and you're in the right place.

Does that resonate with you?