Don’t wait for a career to happen magically. Go and create one for yourself!

Parker is an inspiration to everyone hoping for a career in film. Through the network she built, she got a job with the Disney Channel in Maine. She was the only production assistant they flew out for the shoot. Parker hopes her story will inspire you to keep rolling.

In this video, notice how her connections lead to more work with more responsibility. Her success isn’t an accident, it’s something she built intentionally.


Parker accelerated her career using A-list methods, taking on the right energy and bringing nothing but positivity to set. She is known for her bright attitude and exuberant energy. This is a who-you-know industry, and you want people to know you because you’re great to work with. The right attitude and mindset will get you connected and push your career forward.

Think you need to be in a big city to make these kinds of connections? Think again! The film industry is everywhere, happening invisibly, all around you. Parker started in Columbus, Ohio and used the connections and experience she gained there to eventually move to LA where she’s been training with renowned stunt coaches. The Disney shoot came about because of a relationship she had with a producer she worked with while still in Ohio.

Film professionals love what they’re doing, and they want to be around people who feel the same way about their careers. They’re always looking to mentor people that were like them when they started, excited to be on set. They can and will also advocate for and refer work to you.

If you know that the film industry is where you belong, give everything you have on set and get noticed. Show film professionals your great attitude and willingness to learn, and this career will become a reality for you.

Parker has worked on a number of big shows and music videos in many different positions. Hit this image to hear a bit more about what she’s been doing and how she got there! 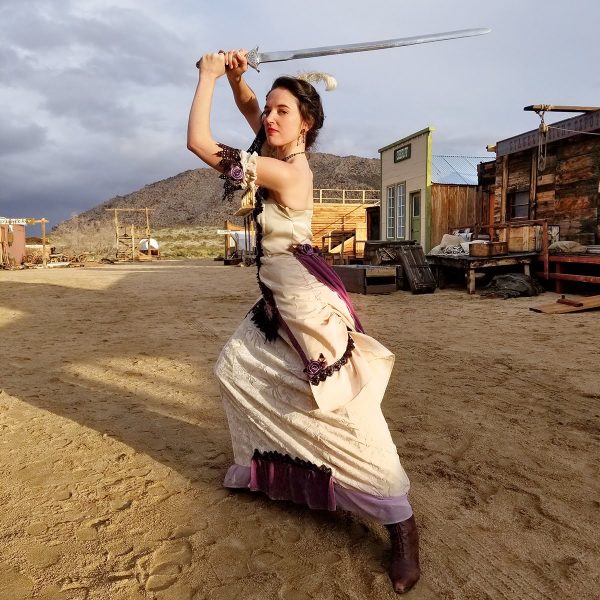